Chocolate is as good for you as fruit | Metro.co.uk

Chocolate is 'as good for you as fruit'

It's the news those with a sweet tooth have been waiting for: nibbling on a chunk or two of dark chocolate is just as good for you as drinking a glass of fruit juice. 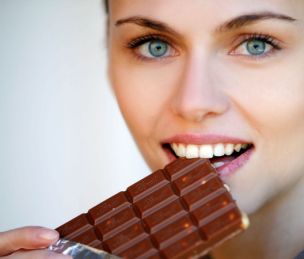 It showed both dark chocolate and cocoa had more cancer-busting antioxidant activity and more flavanols than fruit.


Comparisons were made between single servings of dark chocolate, cocoa, hot chocolate mix and fruit juices.


Antioxidants, which include flavanols, neutralise destructive molecules called free radicals and are believed to combat heart disease and cancer.


Registered nutritionist and TV consultant Dr Carina Norris supported some of the Hershey claims but warned the idea of chocolate being healthier than fruit was ‘too good to be true’.


She said: ‘There’s plenty of research showing cocoa is high in antioxidants and flavanols, which can help against heart disease and cancer. 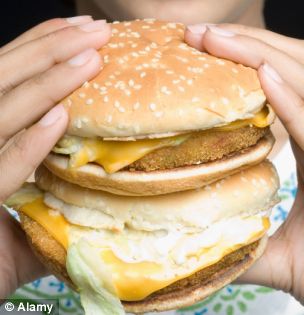 
Just one year of moderate physical exercise in late adulthood can reverse shrinkage of the brain's hippocampus and improve spatial memory, said US researchers in a new study, funded through the National Institute on Aging.

Researchers at the University of Pittsburgh, University of Illinois, Rice University, and Ohio State University, wrote about their project, considered to be the first of its kind, in a Proceedings of the National Academy of Sciences, PNAS paper that was published ahead of print on 31 January.

The hippocampus is a significant part of the brain in humans and other mammals. It belongs to the limbic system and sits deep inside brain tissue in the medial temporal lobe where it plays an important role in long term and other types of memory formation and spatial navigation.

As we enter late adulthood, this part of the brain starts to shrink, leading to loss of memory and increased risk of dementia.

Studies have shown that adults who are fitter tend to have larger medial temporal lobes, and that physical activity increases nutritive blood supply to the hippocampus, but this is the first study to look at the effect of aerobic exercise on the size of the hippocampus in later life.

For the randomized controlled trial, lead author Dr Kirk Erickson, professor of psychology at the University of Pittsburgh, and colleagues, recruited 120 sedentary older adults without dementia and randomized them to one of two groups.

The first group walked around a track for 40 minutes a day for three days a week, and the second group just did stretching and toning exercises.

They did this for a year, during which they also underwent MRI brain scans, spatial memory tests, and gave blood samples, at the beginning, middle and end of the period.

The researchers found that "aerobic exercise training increases the size of the anterior hippocampus, leading to improvements in spatial memory".

More specifically, the results showed that:


The researchers concluded that:

"These theoretically important findings indicate that aerobic exercise training is effective at reversing hippocampal volume loss in late adulthood, which is accompanied by improved memory function."

Erickson said we tend to accept it as inevitable that our hippocampus will shrink later in life:

"But we've shown that even moderate exercise for one year can increase the size of that structure. The brain at that stage remains modifiable," he said in a statement.

Senior author Dr Art Kramer, director of the Beckman Institute at the University of Illinois, said the findings were particularly interesting because they show even modest exercise can make a substantial difference to memory and brain health in sedentary older people:

"Such improvements have important implications for the health of our citizens and the expanding population of older adults worldwide," said Kramer.

People With Dementia Must Not Be Overlooked By Mental Health Strategy, UK

People With Dementia Must Not Be Overlooked By Mental Health Strategy, UK


The government announced plans for the No health without mental health Strategy.

The aim of the strategy is to give a new emphasis on early intervention and prevention to tackle the underlying causes of mental ill-health.

'People with dementia are all too often let down by services that fail to meet their needs. On top of this, they can face a double whammy of discrimination because of the stigma attached to mental health conditions and ageism. The Mental Health Strategy has the power to tackle both these issues head on and transform lives.'

'There are 750,000 people living with dementia in the UK and this number is expected to hit a million within 10 years. We must ensure people with dementia are not overlooked by this strategy and that this cash injection helps improve access to psychological services and reduce stigma for people of all ages, living with all mental health conditions.'